Our friends at the Slough Junior Jets Academy have just released this impressive article regarding their success both nationally and internationally. 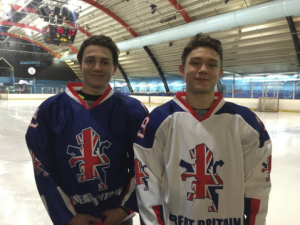 2015/16 has been a good season for the Slough Junior Jets Academy as the Absolutely Ice based club has plenty of players representing Slough both nationally and internationally.

Under the stewardship of Director of Operations, Steve English, and Head Coach Ben Pitchley the hockey academy fields teams at Under 9, 11, 13, 15, 18 and 20 as well as a senior team competing in the National Ice Hockey League. A dedicated team of qualified coaches take practices on Tuesdays and Wednesdays for the academy and the teams play their league fixtures at the weekends.

Director Of Operations Steve English said; “We’re very proud of our ‘ambassador’ players. It’s testament to the skill they have and hard work they put in weekly in training but also the hard work and dedication of our coaching team. Ben [Pitchley] and the coaches plan each training session meticulously and also offer players tips and hints on nutrition and fitness. The boys and girls chosen are not just representing their conference or country but are also ambassadors for Slough, showing that the town has a lot of sporting talent.”

English continued “We’re grateful to the Management Team at Absolutely Ice and the staff who stay, often during anti-social hours for our training and other local hockey clubs. The rink is home to not only our club and its 150+ members but also a Premier Division Ladies team, Slough Phantoms, an additional needs team, SPICE Jets and recreational teams, Slough Tornados, Slough Scorpions, Slough Satans and Windsor Knights. SJJA trains players that go on to represent not just the senior Jets but other Slough clubs too and of course, in the case of the players announced here, their country.” 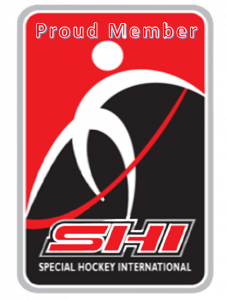